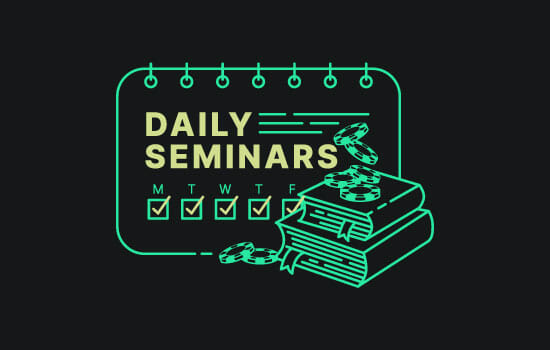 We’re in the business of turning aspiring poker players into lifelong winners, so naturally, we’re always thrilled when a BBZ Poker student enjoys lots of success.

But there’s success, and then there’s Eike “Mr. Havener” Onodera.

Over the past two years, the 21-year-old Brazilian hasn’t just taken the online scene by storm, he remains right in the eye of it. It’s clear the best is still to come.

Onodera began studying with BBZ Poker in late 2020. He was in his late teens and became infatuated by the game, so when he was accepted into the BBZ Academy–a ‘coaching for profit’ (CFP) stable designed to help aspiring professionals reach their full potential–it was all systems go. His average buy-in was just $2.

Just a short while later, Onodera won a free ticket to a $109 Blowout Series satellite on PokerStars (where he plays as “Mr. Havener”). He turned that into a $1,050 Big Blowout seat, and spun that into a sixth-place finish for a massive $167,360 score. This was in January 2021.

But if you think the story ends there, you’re gravely mistaken.

We’ve had a bit of time to decompress after an intense #SCOOP, but we still can’t get over Team BBZ taking home over 10% of the $109 Main Event prize pool!

We thought it was about time we sat down for a chat with one of our community’s most successful and consistent crushers. Here, Onodera tells how he became a pro within his first year of playing poker, what his experience was like in the BBZ Academy, plus his advice for those applying.

We’re lowering our acceptance for ABI players to $1-3. If you have a losing history…no problem! We’re looking to mentor micro stake players to move up our ranks. Just have at least 500 games this year and apply.

Check the link in our bio.

BBZ Blog: Hey Eike! You threw yourself into poker immediately after discovering the game. What was it about poker that was so interesting to you?

Eike “Mr. Havener” Onodera: I used to play a lot of computer games as a kid/teenager and have always watched videos on tips and how to get better at them. When I first discovered poker, there was so much content available on how to play better and improve that it became a big motivating factor to start studying it and learning more about the game. I find getting into a subject and learning even the very basics of it really enjoyable.

You set yourself a goal to become a pro within your first year of playing. What plan did you lay out to try and achieve this?

At first, I was just studying the first content that I came across. I used to watch a Brazilian poker pro called Lui Martins stream on twitch and I was active in his Discord chat. Then after a year or so Jordan (BBZ) started to stream as well and it really fascinated me the way he approached poker and how clear his thought process was. After that, I applied to their CFP program and got the opportunity to be in a more professional environment with people who were already professionals for years or in the process of making a living out of poker.

What was your experience like in the CFP Academy?

In the beginning, it was overwhelming since I had never watched poker content in that live/seminar format, and definitely not with people with that kind of expertise. But after a few sessions, I started to get more comfortable with the format and it was such great timing because they had just started studying preflop ICM charts and I think that was a big game-changer for me and all the people watching the seminars. I also think being around like-minded individuals who all want to improve and support each other is very important.

Since leaving CFP, how have things been different?

As I got better and more experienced, the ability to study and develop my own strategies became easier so I decided to give it a go and experiment, focusing more on specific areas that will suit me. And it’s been going pretty well so far, being able to study with your own sims is a natural development in my opinion.

What would you say to someone thinking of applying for the BBZ Academy?

I was in the BBZ Academy for a very short period because I had that big score shortly after I joined it, so I didn’t have the need to be staked anymore. But it’s great to be in that environment with aspiring poker professionals or people who are already pros to give you that extra motivation and support. You realize: “hey, I’m not the only one who has difficult times in poker or in life”. So, my advice is to enjoy your time there, try to be friendly and helpful to others and take that opportunity to study harder and play more.

You’ve really gone from strength to strength since your huge Blowout series score last year. A lot of players might have become lazy after winning so much. How do you stay motivated to keep improving?

My motivation is still the same, getting better. Sometimes I see a very strong player’s hand histories and thought processes and that motivates me even more because I feel that they are so far ahead of me in poker knowledge that if I don’t study that gap will become larger and larger.

You won a SCOOP title last year, what did that win mean to you?

Being able to win a title and a big prize was really satisfying in my first year of playing the higher SCOOP events. Also, financially it meant a lot, knowing that I was freer to play higher even though I’m a very big nit with my bankroll. It makes playing poker more enjoyable.

You were already having a great SCOOP before the Main Event, right?

Well, I did win the first SCOOP event this year (SCOOP-02 $55) so it had already started in the best way possible. I didn’t have any other Day 2s until the $109 Main Event, which doesn’t mean much with such big fields, but as the hours go by getting into Day 3 and Day 4 made this another very special SCOOP.

You seem to have a real talent for prestigious, big-field events! What are your tips for playing them?

Haha, I don’t play them any differently than I would in other tournaments, but I think aiming to play those big pots in those kinds of fields reward you more than in the daily tournaments as the bigger the field, the weaker the players you tend to get on your table, so being able to get paid off with value in those big pots happens more often in these fields. 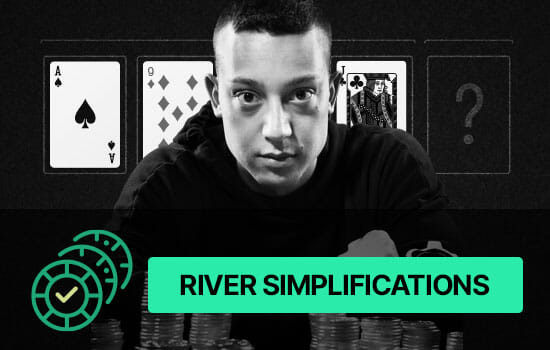 Where does this second-place finish rank for you in your accomplishments so far?

I think I can consider this one the biggest “accomplishment” because whenever one says Main Event it’s the event where everyone wants to win and the fields are huge, so getting a 2nd place is such a lifetime achievement.

You’re a frequent poster in the BBZ Brags Discord as you consistently put up big results. What are your goals in poker moving forward?

My poker goals are still the same as before, improving and try not to make financially bad or stupid decisions with my bankroll. And now that I’m in a position to play even higher that goal is even more important when facing tougher opposition.