Schwibbs – for the second month in a row! 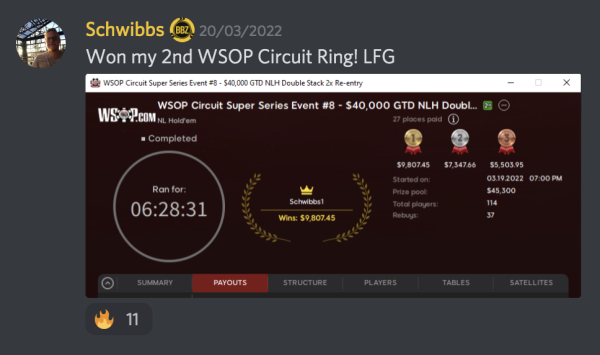 What more can we say about this crusher?

Last month we told you how he won his first WSOP Circuit Ring among a string of other big five- and four-figure scores. Now he’s won his second, banking $9,807 for the victory.

And that’s not all.

Later in the month, Schwibbs also took down a PASCOOP title on PokerStars, winning $8,748 in the $100 Big Kickoff. 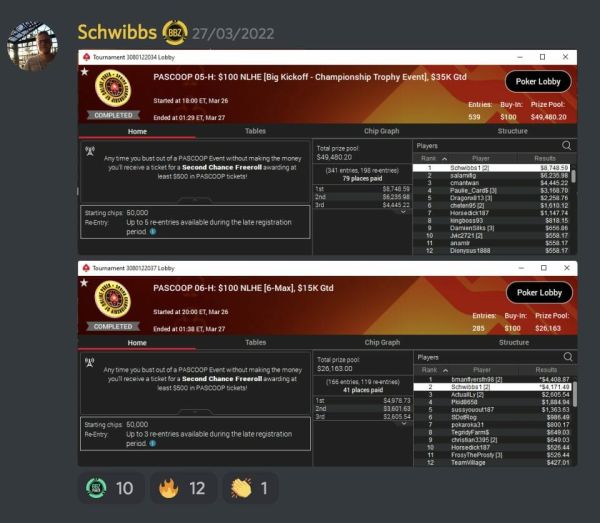 You can read more about Schwibbs’ poker journey in our interview.

First, Garfieldno took down the Bounty Builder Series $55 Saturday Eliminator on PokerStars for $8,391 plus $6,876 in bounties, defeating a 2,681-entry field.

But he wasn’t done there. 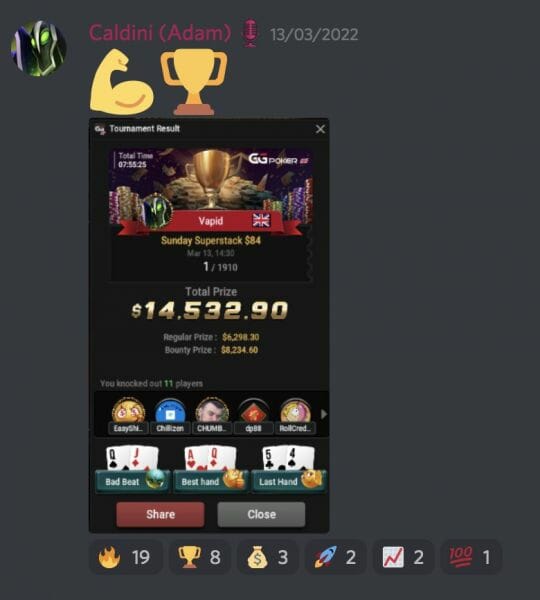