We’ll be giving out three monthly awards: the Constant Crusher award, Like A Boss award, and the Best Mic Drop award.

The Constant Crusher Award is precisely what it sounds like: a big shout-out to the person who consistently puts up great results throughout the month.

What more can we say about this guy that we haven’t already said?

When we spoke with Alex “Schwibbs1” Schwint in May 2021, he’d been crushing the PASCOOP. And he had no plans of stopping.

“Even though the results in 2021 have been insane, I am trying to stay humble and hungry,” he told us. “There is still a TON of work I can put in on my game.”

He’s continued to put in the work studying with BBZ Poker, and as a result, he continues to get significant results.

This month, Schwibbs1 not only took down the WSOP.com PKO Weekly Thursday for $6,145:

He then went on to win a World Series of Poker bracelet! 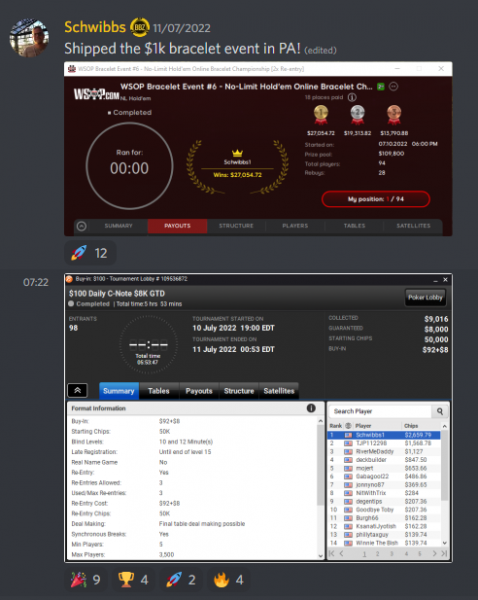 The guy’s consistency is insane. So much so that this is the third time Schwibbs1 has won our Consistent Crusher award!

BBZ long-term student @SchwibbsPoker ships a WSOP Online Bracelet. He’s now the proud owner of the much-coveted wrist jewellery. That thing will be jangling on the wrist nicely as he furiously clicks from table to table this Sunday. GG ALEX! 🔥 pic.twitter.com/gyIXybewF5

After picking up the BBZ Bundle and all three Quantitive Strategies videos, MAK got down to studying and saw results almost immediately. 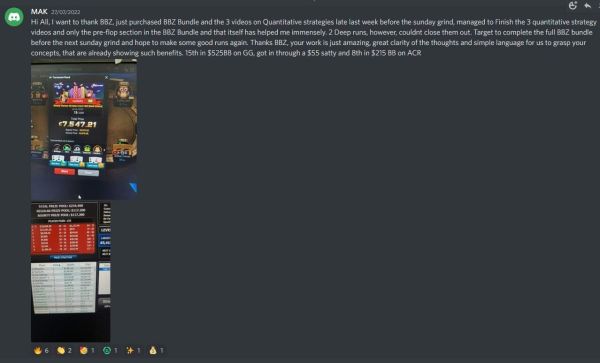 “Thanks, BBZ,” he said. “Your work is amazing, great clarity of the thoughts and simple language for us to grasp your concepts.”

Talk about a mic drop.

They don’t come much bigger than winning a WSOP bracelet! 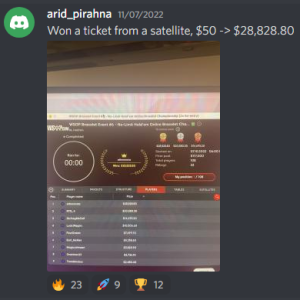